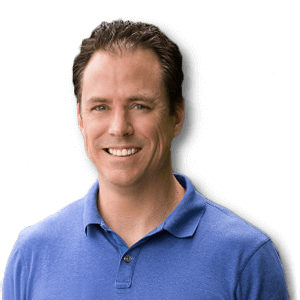 Over the past 25 years, I’ve founded several successful businesses. I’m passionate about business, creating something from nothing and helping others improve their operations.

An avid car audio enthusiast, I recognized a niche that was not being filled in my local market. In 1992, I bought the inventory of a defunct retailer and quickly sold and installed most of it in my parents’ garage. On September 6, 1994, at age 23, I opened what would become my obsession for the next 20 years: Schaffer’s Safe & Sound which is known today as Mobile Edge.

Mobile Edge was named one of the top retailers of its kind in the United States every year from 2008–18. In 2010, we won the Mobile Electronics Retailer of the Year award, the highest honor in the industry.

I realized that I could duplicate this for other mobile electronics retailers. In 2013, I launched 1sixty8 media. We handle website development and content marketing for some of the best retailers in the 12Volt industry. 1sixty8 media consists of a team of industry veterans who have laser-focused talents that I bring together to produce best-in-class websites filled with epic content.

In January 2018, 1sixty8 media became the exclusive reseller of the Mitchell1 ProDemand software for the mobile enhancement industry. In Spring of 2018, we launched Evalu8, a software platform that allows businesses to cultivate their online reputation in an affordable, easy and ethical manner. In October of 2018, we re-launched BestCarAudio.com as a consumer facing website educating consumers about the many ways they can enhance their vehicles.

I can be reached at mitch@1sixty8.com.

When it comes to providing your clients with reliable and professional upgrades, mobile enhancement professionals agree that a tool like ProDemand from Mitchell1 is indispensable. It’s no secret that … END_OF_DOCUMENT_TOKEN_TO_BE_REPLACED

For the staff at Speed of Sound Technologies in Milford, Connecticut, having access to information about high-end vehicles helps them save time and deliver value to their clients. The shop specializes … END_OF_DOCUMENT_TOKEN_TO_BE_REPLACED

A question that we know goes through the minds of potential Mitchell1 ProDemand subscribers is how the benefits justify the cost. We’ve heard time and again that having direct and reliable access to … END_OF_DOCUMENT_TOKEN_TO_BE_REPLACED

While most of us in the mobile enhancement industry think of ProDemand as a source for information about wiring for audio system upgrades, the team at Sound Wave Customs in Virginia Beach finds it … END_OF_DOCUMENT_TOKEN_TO_BE_REPLACED

When it comes to having the best tools, no reputable mobile enhancement installer would turn away the chance to buy one of the last sets of Snap-On E710BCG Electronic Service Pliers. While hand tools … END_OF_DOCUMENT_TOKEN_TO_BE_REPLACED