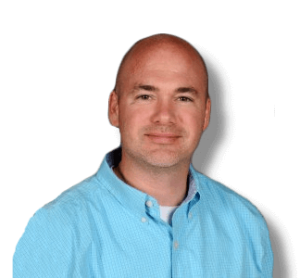 For as long as I can remember, I have been around cars and had an interest in them. Maybe it’s a genetic thing – my grandfather was a mechanic in Austria, came over to the United States and eventually was the head mechanic for Borden Milk in St. Petersburg (back when milk was delivered to your door!). He would buy cars, fix them up and sell them for fun. My father was less mechanically inclined, but was still involved with cars. When I was young, he worked for Chevron, and then opened two gas stations. He went on to start an accounting and consulting business for small businesses focused on the automotive industry.

When I turned 15, one of the most important things to me was the Crutchfield catalog. I would spend hours scouring the pages and putting together “dream” car audio systems. That catalog was the start of my car audio passion.

I began to build and install audio components for my friends and eventually got a part-time job working at a local car stereo shop. After high school, during community college, I got a job working from 5 p.m. to 9 p.m. every night, restoring and repairing air-cooled Volkswagens. I learned everything from motor building to paint work.

After graduating from the University of Florida, I worked full-time at the local car audio shop and then at various shops for the next few years with two interruptions, first at a mail-order import performance business and then doing graphic design work for a local direct-mail advertising business. A year into that job, I got a call from a friend about working at his stereo shop, which led to being the manager of the store.

Eventually, I had the opportunity to move to California and help my friend Bing grow Simplicity In Sound. I learned quite a bit about the power of online marketing and presence.

I moved back to Florida and now I fly back monthly to work at Simplicity In Sound. While in Florida, I work for 1sixty8 media and do some freelance fabrication.

Some of My Industry History:

1sixty8 media Inc. today announced its intent to develop and grow a network of representatives in the United States and Canada. As the premier provider of digital marketing and business services to … END_OF_DOCUMENT_TOKEN_TO_BE_REPLACED

When it comes to providing your clients with reliable and professional upgrades, mobile enhancement professionals agree that a tool like ProDemand from Mitchell1 is indispensable. It’s no secret that … END_OF_DOCUMENT_TOKEN_TO_BE_REPLACED

For the staff at Speed of Sound Technologies in Milford, Connecticut, having access to information about high-end vehicles helps them save time and deliver value to their clients. The shop specializes … END_OF_DOCUMENT_TOKEN_TO_BE_REPLACED

A question that we know goes through the minds of potential Mitchell1 ProDemand subscribers is how the benefits justify the cost. We’ve heard time and again that having direct and reliable access to … END_OF_DOCUMENT_TOKEN_TO_BE_REPLACED

While most of us in the mobile enhancement industry think of ProDemand as a source for information about wiring for audio system upgrades, the team at Sound Wave Customs in Virginia Beach finds it … END_OF_DOCUMENT_TOKEN_TO_BE_REPLACED